Learn more about who we are and how we do business.

Greekrocks was formed in 2009 by Christos Spiromitros, geologist and mineral collector from Greece. Chris started as a collector of Greek minerals. In a few years time, he gathered numerous specimens of Greek minerals (most of which are classic) and decided to sell them. At first he used online auctions (under the name “Greek Minerals”) but he soon decided to start his own mineral business, something he really liked and still enjoys. An internet store would be the best way to approach the public, so he began with the very first version of GreekRocks.com . After making many sales, he decided to take it to the next level and invested his funds and time to build this fine website and web-based business. Of course, we are now taking part at major mineral shows.


Our “base” is in Thessaloniki, Greece where Chris lives. His roots in the nearby prefecture, Chalkidiki, helped him make some excellent contacts with local miners from the well-known “Cassandra” mines and he was able to acquire most of their collections. One of these collections, included perhaps the world’s finest tennantite specimen which is illustrated in the mineralogical record, Jan-Feb 2015 issue. Chris has also managed to make contacts with the “best” sources for Greek minerals. He also digs in some very interesting localities like “Nevrokopi, Drama” , “Kimmeria, Xanthi” and “Serifos, Kyklades”. He has made some very interesting finds which will be offered here.

Lavrion, a very important locality not only for Greece but for the entire Europe, is a huge part of Chris’ collection and dealer inventory. We have managed to acquire old collections and the most important mineral specimens we found there, including new finds, some of which were superb. Mineral collecting in Lavrion was accelerated because of our presence and interest and mineral-hunting is now as active as it was about 15-20 years ago.

Apart from the Greek material we now deal with fine minerals from worldwide localities. Chris travels to worldwide locations, looking for fine minerals. We prefer to deal with aesthetic minerals that are excellent for the species because we believe that this is what attracts most collectors nowadays. Our excellent contacts in the Balkans are helping us acquire carefully selected pieces which stand out of the tons of material that comes out of there. However, our expertise has expanded to classic and aesthetic minerals.

Chris is not alone in the business. His brother Eleftherios Spiromitros has helped with the web-development and handles most of the programming-related issues. Chris’ wife, Joanna, offers her priceless assistance and is now the heart of GreekRocks!

You can now find us in the largest mineral show in Europe, the Munich mineral show! We had a strong and important, first appearance at the show in 2014!

Chris displayed his collection of Greek minerals, named “The GreekRocks Collection” in Tucson, 2015 in a showcase at the main show! That was a big opportunity for the collectors to see the largest variety of fine minerals from Greece ever exhibited at a show and the most important collection of Greek minerals with huge importance for the country and of course, Europe!

2016, is the first year of our official participation in Tucson as a mineral dealership. We were at the Pueblo Gem & Mineral show, room 172.Special thanks to Maurice Destouet, Bluecapproductions and Rocksaholics for their help and guidance. We used the beautiful led showcases from Tucsonstorefixtures which helped in displaying some of our finest mineral specimens. It was the largest and finest assemblance of Greek minerals ever presented in the US.

In 2017, we continue to participate in mineral shows and of course the Munich show cannot be missed! We presented a fine display of old mineral specimens from Greece and exciting new mineral specimens from recent finds. The new Azurites and Adamites from the Christiana mine, have re-set the standards for the species in Europe!

Another milestone of this year was our participation at the special exhibit “From Mine to Mine – Masterpieces” in the Lavrion section!

Bryan Swoboda(Blue Cap Productions), leading the filming of minerals and mineral shows in the world, made us the honor to film GreekRocks in Munich, 2014,2015 & 2017 and in Tucson, 2015 & 2016. We would strongly recommend that you visit their website and buy the best dvds with minerals in the world! You can also subscribe on their Youtube Channel.

We also use online mineral auctions via e-rocks. e-rocks is the largest online mineral-auction venue that currently exists. We have our own auctions in a monthly basis there! You can also view news on our updates and auctions on mineral-dealers.com and of course, on facebook!

We will keep updating this “about” section of the website in order to give you a glimpse of how our business looks like and how we evolve over the years!

Tired of missing updates? Stay tuned with us. Join our newsletter: 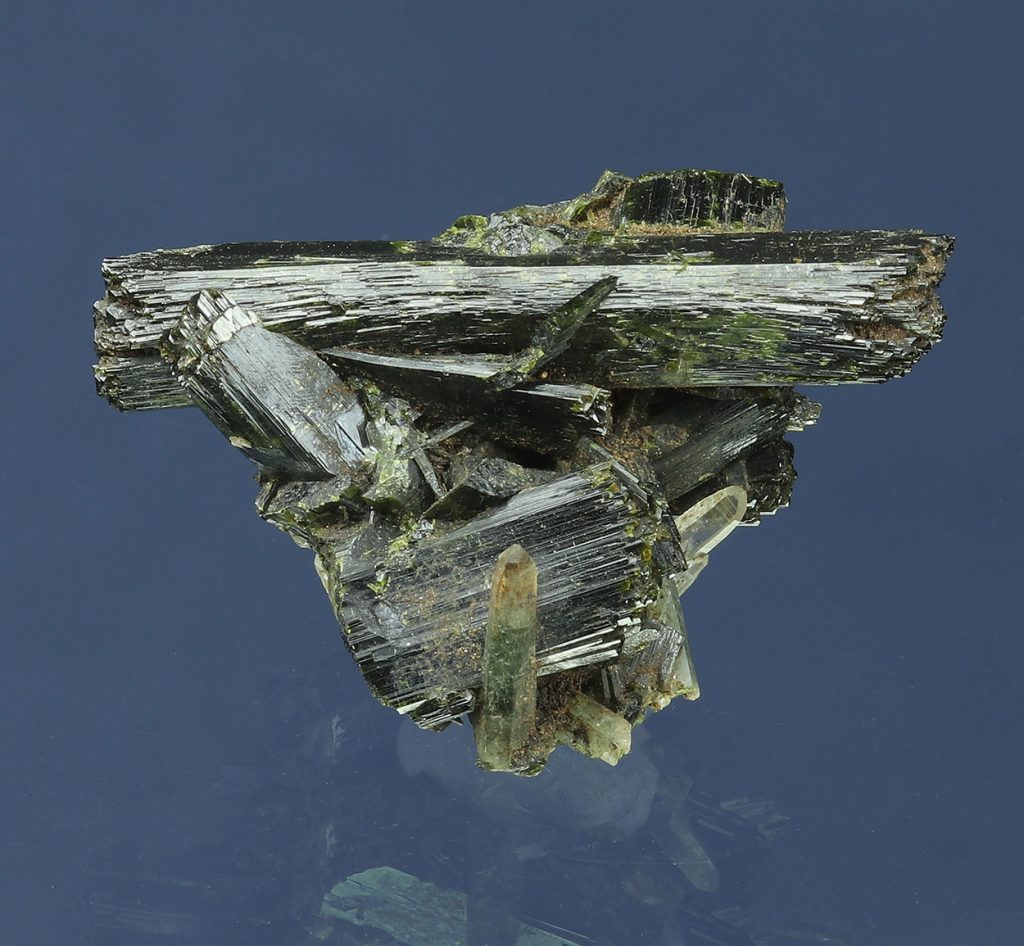 Don't miss out on this sale! Get your favorite rock before someone else does! Shop now!